Posted on 9 November, 2016 by Without Prejudice 9 comments 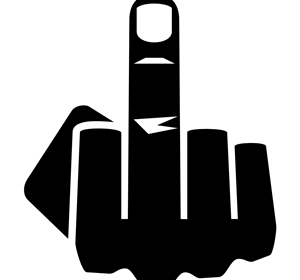 Contrary to what many people are no doubt thinking, Trump’s victory does not appear to be a victory of the Right over the Left, racism over anti-racism, or social conservatism over social liberalism (or libertarianism). When various local and regional elections, as well as referendums, are examined, and when the demographic breakdown of the results of the presidential election is analyzed, a somewhat different picture emerges. Consider these facts:

-Trump won by running to the left of Clinton on both foreign policy and trade policy, extending an olive branch to Russia, attacking Clinton’s plans to topple Assad in Syria, and repudiating the neoliberal economic policies of Hillary’s husband. Hillary on the other hand ran as a foreign policy hawk and champion of the corporate liberal status quo concerning trade policy.

-Trump did unusually well among racial minorities (for a Republican), particularly black and Hispanic males.

-A significant majority of voters have expressed disagreement or apprehension with some of Trump’s more rightward leaning positions on immigration, law enforcement, and economic policy.

-Third parties did unusually well in this election (relatively speaking) with the leftist Green Party and the socially liberal Libertarian Party harming Clinton more than Trump.

-Eight of nine pro-marijuana referendums on the ballot in various states passed.

-Sheriff Joe Arpaio of Maricupa County, Arizona, a major conservative celebrity, was voted out of office.

-The Democrats’ Russia-baiting utterly failed as an electoral strategy.

-South Carolina, a state carried by Trump, elected the first black Senator since Reconstruction to a full term.

-Trump billed his campaign in the final moments as a “strike back” by the working class.

–Evidence indicates that Trump would have lost if he had been running against Bernie Sanders rather than Hillary.

-Trump’s victory was ultimately made possible by his ability to clean up among the working class in the Rust Belt states that have been hit the hardest by neoliberalism.

Nearly ten years ago, I introduced the theory of “totalitarian humanism” where I offered the following observations.

The emerging ideology of the Western, particularly American, ruling classes can, I believe, be described as follows:

Yesterday’s vote was, in fact, a big middle finger to the ruling class and its ideology of totalitarian humanism.