Lord Acton Approved Of General Lee, And So Do We 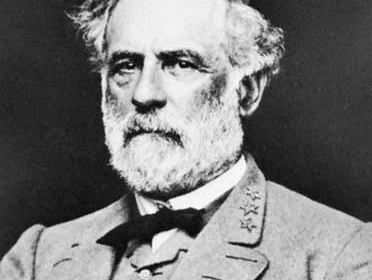 Mayor Mike Signer—who had declared his intention to make Charlottesville, Virginia, the “capital of the resistance” to President Trump and a sanctuary city “to protect immigrants and refugees”—is refusing to protect a symbol saluting one of America’s greatest men.

If Signer knew the first thing about human valor, he’d know that there was no man more valorous and courageous than Robert E. Lee, whose “two uncles signed the Declaration of Independence and [whose] father was a notable cavalry officer in the War for Independence.” The battle flag of the Army of Northern Virginia—known as “Lee’s Army”—is not to be conflated with the “Stars and Bars,” which “became the official national flag of the Confederacy.” According to Sons of the South, the “first official use of the ‘Stars and Bars’ was at the inauguration of Jefferson Davis on March 4, 1861.” But because it resembled the “Stars and Stripes” flown by the Union, the “Stars and Bars” proved a liability during the Battle of Bull Run.

The confusion caused by the similarity in the flags was of great concern to Confederate General P.G.T. Beauregard. He suggested that the Confederate national flag be changed to something completely different, to avoid confusion in battle in the future. This idea was rejected by the Confederate government. Beauregard then suggested that there should be two flags. One, the national flag, and the second one a battle flag, with the battle flag being completely different from the United States flag.

Originally, the flag whose history is trampled these days was a red square, not a rectangle. Atop it was the blue Southern Cross. In the cross were—still are—13 stars representing the 13 states in the Confederacy.

Wars are generally a rich man’s affair and a poor man’s fight. Yankees are fond of citing Confederacy officials in support of slavery and a war for slavery. Most Southerners, however, were not slaveholders. All Southerners were sovereigntists, fighting a “War for Southern Independence.” They rejected central coercion, the kind we readily submit to these days. Southerners believed a union that was entered voluntarily could be exited in the same way. As even establishment historian Paul Johnson concedes, “The South was protesting not only against the North’s interference in its ‘peculiar institution,’ but against the growth of government generally.”

Lincoln grew government, markedly, in size and in predatory boldness.

“Slavery as an institution is a moral and political evil,” wrote the South’s greatest hero, Gen. Lee. He did not go to war for that repugnant institution. To this American, local was truly beautiful. “In 1861 he was offered command of all the armies of the United States, the height of a soldier’s ambition,” chronicles Clyde Wilson, distinguished professor emeritus of history at the University of South Carolina. “But the path of honor commanded him to choose to defend his own people from invasion rather than do the bidding of the politicians who controlled the federal machinery in Washington.”

Lord Acton, the British historian of liberty, wrote to Lee in praise. The general, surmised Lord Acton, was fighting to preserve “the only availing check upon the absolutism of the sovereign will”: states’ rights and secession.

“… I believe that the maintenance of the rights and authority reserved to the states and to the people … are the safeguard to the continuance of a free government … whereas the consolidation of the states into one vast republic, sure to be aggressive abroad and despotic at home, will be the certain precursor of that ruin which has overwhelmed all those that have preceded it.”

Another extraordinary Southerner was James Johnston Pettigrew. He gave his life for Southern independence, not for slavery. Quoting Pettigrew, Professor Wilson likens the forbearance of his own Confederate forebears to “the small Greek city-states who stood against the mighty Persian Empire in the 5th century B.C.”

“The U.S. government had quadruple the South’s resources.” Yet “it took 22 million Northerners four years of the bloodiest warfare in American history to conquer five million Southerners,” who “mobilized 90 percent of their men and lost nearly a fourth.”

Shades of Leonidas’ 300 Spartans, at Thermopylae.

When they hoist the battle flag of the Army of Northern Virginia, it is these soldiers Southerners honor, not slavery. Unable to defeat the South, the U.S. government resorted to terrorism—to an unprecedented war against Southern women and children, black and white.

With their battle flag, Southerners commemorate these innocents. With its statue, Charlottesville salutes Gen. Lee, who, in a letter to his sister, expressed unhectoring clarity as to where his loyalties lay:

“With all my devotion to the Union, and the feeling of loyalty and duty of an American citizen, I have not been able to make up my mind to raise my hand against my relatives, my children, my home.”

Lee, you see, was first and foremost a Virginian, the state that gave America its greatest presidents and the Constitution itself.

Born in New York (confirmation of which Sergey Brin’s Google search is reluctant to cough up), steeped in Berkeley and Princeton—Mayor Mike Signer is nothing but a carpetbagger.