Trump: Act, or Be Impeached! 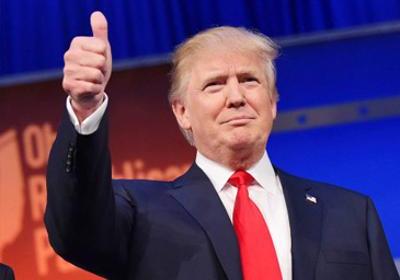 It’s very disheartening to see Donald Trump make no headway in the US. He has achieved less than he promised but apparently wanted to do more. He planned immediate recognition of Russian Crimea and a restoration of good links with Russia on day one, and planned a Muslim entry ban. Yet both have been stymied.

It actually doesn’t make any difference if you approve or disapprove of those two policies. Something larger is at stake: can someone ever come to power and really change things? Or does the “deep state” (the permanent civil service) ultimately have the power to prevent change. From this point of view, this does concern social and political freedom.

The constitutional separation of powers has its good points, but in any democracy the elected government must be able to effect its policy programme. In the US, the executive is quite powerful on paper. The judiciary is the least powerful, at least in design, as it has no armed forces with which to enforce its decisions. Yet we see that the legislature (in particular, the failure of Republicans in Congress to back Trump) and the judiciary (and its assumption of power over immigration policy) grab power from Trump, in what is shaping up to be a rather weak administration.

James Comey at the FBI clearly planned to prevent the normalization of links with Russia: this has been put on the back-burner while an interminable investigation that has yet to uncover any proof of “collusion” between the Trump campaign and Russian hackers proceeds to undermine the president. Trump can’t close down the investigation without being accused of “obstruction of justice”.

It must be understood that impeachment is a political process. A president can be impeached for picking his nose if two-thirds of the Senate agree, so “obstruction of justice” isn’t a crime that would automatically lead to Trump’s dismissal. All that matters is whether the Congressmen deem it to be sufficiently serious to launch an impeachment process. If the Democrats take the House of Representatives in the mid-terms, they can launch an impeachment process (but not win it, without larger support in the Senate).

They’re running rings round him. The Russia inquiry is treason: it is a plot by the civil service to prevent an elected government from executing the platform it openly campaigned on. I would, even now, close down the FBI inquiry, and explain in a televised address that this is “obstruction of treason”. I would then recognize Russian possession of the Crimea, lift sanctions on Russia, move the embassy to Jerusalem, and do a few other things that the liberals have sought to prevent.

The FBI is part of the executive, and as Comey stated to Congress, the president can instruct the FBI to stop any investigation he likes, although Comey said this would contravene “norms” (i.e. contravene conventions and values—but not the law). Why is Trump allowing them to investigate him? And to do so when the whole point is to prevent the implementation of policy American voters voted for?

It is a sad thing to see what is happening. But even now, if he reverses some of his U-turns, the average Americans who voted for him will support him and make it hard for Republican traitors to let him down. Otherwise, he is on a one-way track to impeachment. How can any of us expect to achieve anything through democratic means if America won’t allow an electoral result to have real consequences for national policy?