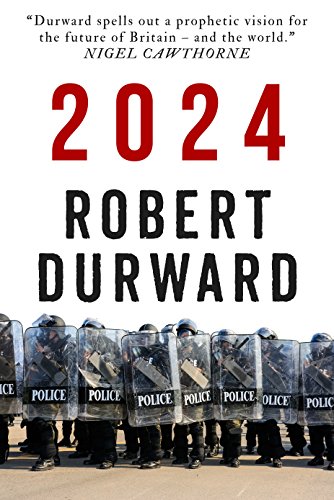 To join me on this journey, imagine if you will that this book was written and published in 2024. It owes much to futuristic fiction, both utopian and dystopian, but it is not a novel. There are no imagined characters, no dialogue, no focussing on the affairs of any one person or group of persons. Nor is it a formal history, stuffed with references and footnotes. There is no focus on the details of policy, no costing of alternatives, no effort to deal with objections. Rather, we look back together at crises of the past and use their lessons to transit to a new order for the future.

I hope you will gain much from this book. I do not expect you to agree with all that you find. Perhaps you do not share my view of the world. Perhaps, even if you agree that my view of what will happen, you will find what I regard as a future world on the edge of utopia as a world on the edge of nightmare. More likely, you will simply disagree with my opinion of where things are heading and how they can be overcome. If this is the case, you will find me in partial agreement with you.

Talking about the future is often a precursor to looking like a fool. However obvious it may seem to us, nearly everything that happened in the past was unexpected at the time. I am not aware of anyone in 1639 who believed the Stuart State was about to collapse. Nor do I think anyone in 1788 predicted the occurrence or course of the French Revolution. The course of the Great War repeatedly took all the clever men by surprise. The difficulty with looking ahead is partly that most of the facts are unknown, but partly that the facts already established will be seen out of focus. We always tend to see the world through the twin lenses of unreasonable fear and of wishful thinking. For the world as it is, facts already established provide some certainty. For the world as it may be, the only certainty is to wait and see.

I have lived for rather a long time and observed a great deal. This has not given me a crystal ball, just a better than average ability perhaps to look ahead. In business the farther ahead of the curve you are the more success you enjoy, in politics, slightly ahead of the curve you are regarded as gifted, too far ahead you are labelled insane. I am content to let others be the judges of that one.

My starting position is that Britain, along with the majority of the free world, is cursed with a destructive system of political and economic governance. Except by accident, our parliamentary democracy does not put the best people in charge or recognise the will of the majority.  It does not even produce consistency of government. It may have come close to this at various times in our past. After all, to live in a country no more imperfect than the one we have, we must have been doing something right for some of the time. But it does little that is right or good now. It enables rule by unrepresentative factions, aided and abetted by a client media, to plunder our nation, and to buy votes with the change. Not surprisingly, we are where we are.

And where are we? Well, over the past twenty years, our rulers have piled up a mountain of debt. In every year of this time, I have wondered – can this continue? How much longer can we keep adding billions and trillions to the mass of our public and private debts? The answer so far has been that we have continued adding to the mass. But we have been living in a fool’s paradise. Like a man who eats and eats until he weighs thirty stone; every morning he wakes up, crawls from his bed and says to his shaving mirror: “There you see, I am still alive what idiots those doctors are with their nagging!” Sooner or later, that man will fall down dead. Sooner or later, that mountain of debt will crush us. It will never be paid off. The creditors must eventually be disappointed. Long before they are disappointed, though, every lying promise our politicians have made must be broken, and uncounted millions who have worked and saved and hoped for a better future will have been impoverished and enslaved.

And debt is not the whole of our problem. We have a public sector that looks after its own people ahead of those it is paid to serve. We have an approach to the regulation of private business that slows the economic growth on which our lives depend. We also enrich well-connected business interests at the expense of small and medium enterprises. Our energy and environmental policies are a joke. They are based on a set of unverified but easily falsifiable claims about climate change, and on a belief in “renewable energy” alternatives that are as yet nothing more than wishful thinking.

Or there is the systematic immorality of our foreign policy. Ever since the end of the Cold War, we have been turning parts of the Third World upside down. Scarcely without exception, where we have invaded, or merely intervened, we have made worse. We have sent servicemen, who joined up to defend their country, overseas to kill civilians. Or employed them to sit in air-conditioned rooms, to kill at the press of a button. All this, and we have not made ourselves any safer. We have done worse than that. We have raised up terrorist threats that would have shocked observers from the Northern Ireland of the 1970s. We have set in motion waves of refugees that dwarf the movement of peoples that ended the Western Roman Empire in the fifth century. We have ignored, or at best feebly resisted, the growth of new threats from Russia and China. We have allowed large parts of the world to suffer under murderous despots that no civilised order should tolerate.

I do not believe that this state of affairs should be allowed to continue. More to the point, I do not believe that it can continue. There must come a day when the whole rotten edifice of how we are ruled will fall to the ground. I do not say that this will happen without pain. To return to the image of the fat man, heart attacks are painful and dieting is hard. But, given that the collapse is certain, we have both a need and a duty to confront the question of how we are to reconstruct our world to the benefit of ordinary people, here and in the world as a whole.

To end as I began, I do not expect you to agree with all that I say. But do join me in exploring how a day of reckoning that cannot much longer be delayed might yet be turned to our advantage. If we do not give serious thought to these matters, we shall make it all too easy for extremists and dark forces, already at work, to prevail.

One thought on “2024: A Prophetic Text by Robert Durward”