Compared to the simple and straightforward siren songs of “underconsumptionist” and “underspending” theories of boom and bust, “Austrian” business cycle theory (ABCT) can seem unduly complex. The former types of theory, associated with “mainstream” schools of economics, at least have the advantage of the veneer of plausibility, in spite of their falsehood. A glut of business confidence and spending will, it seems, naturally lead to an economic boom, a boom that can only come crashing down if these aspects were to disappear. For what could be worse for economic progress if people just don’t have the nerve do anything? Add in all of the usual traits of “greed” and “selfishness” with which people take pride in ascribing to bankers and businessmen (again, with demonstrable plausibility) and you have a pretty convincing cover story for why we routinely suffer from the business cycle. ABCT, on the other hand, with its long chains of deductive logic, can seem more impenetrable and confusing. Is there a way in which Austro-libertarians can overcome this problem? END_OF_DOCUMENT_TOKEN_TO_BE_REPLACED 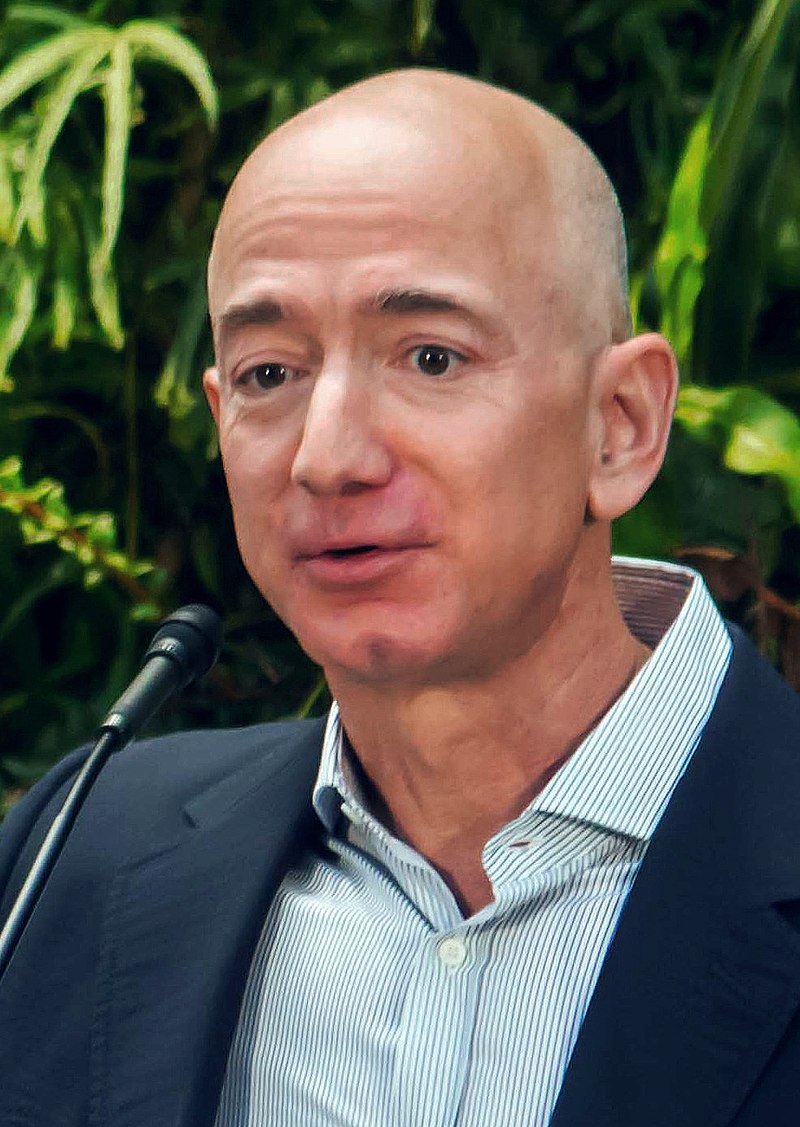 According to a report on the BBC website, Jeff Bezos, the founder of Amazon, is the richest man in the world, with an alleged personal fortune of £113bn. The usual suspects have raised their arms in outrage at the news. Oxfam drew fresh attention to its report from 2017, in which it called “for a fundamental change in the way we manage our economies so that they work for all people, and not just a fortunate few.” A few weeks earlier, The Guardian had lamented:

Amazon’s website is, in the west, the dominant platform for online retail sales…. This is bad for democracy. Commerce ought to reside in markets governed by regulations set by democratic political process not those chosen by the world’s richest man, Amazon’s founder Jeff Bezos.

My view is that Mr Bezos, together with Bill Gates and various other people whose names it will be briefer to let my readers guess than for me to enumerate, is one of the greatest men alive. He has increased the wealth and happiness of countless millions. He is helping to bring into being a world that, just one generation ago, the boldest science fiction writers were cautious to describe. He has earned every penny of his great fortune. END_OF_DOCUMENT_TOKEN_TO_BE_REPLACED

Yesterday, on Sadine Nine’s Breakfast Show on BBC Radio Essex, our Honorary President Godfrey Bloom spoke in a two-way debate on “women’s rights”, employment legislation, and freedom of contract in a free society. The debate was separated into two halves. If you would like to like to listen to the debate, please click on the two audio links below.

In the first segment, Mr Bloom first speaks at 2:56:

In the second segment, Mr Bloom first speaks at 1:05:

Every age we have so far known has been one of censorship. This is not to say that opinion has been equally constrained in all times and places. Sometimes, as in the Soviet Union, it has been oppressive and omnipresent – even extending to an imposition of orthodoxy on the natural sciences. More often, it has been focussed on perceived criticisms of the established political and religious order. Sometimes, dissent has been permitted among the intellectual classes – especially when expressed in a language unknown to the people at large, and only punished when communicated to the people at large. Sometimes, a diversity of political orders has limited any particular censorship to an area of just a few square hundreds of miles. Sometimes it has been limited by a general belief in the right of free expression. But I can think of no time or place where publication has been absolutely unconstrained. END_OF_DOCUMENT_TOKEN_TO_BE_REPLACED

Demanding that we all be held accountable for our own actions, and that we perform duties we have agreed to accept, is at the heart of libertarianism. That, however, is one reason why ‘liberty’ is such an anathema to most ‘socialists’.

The subject of ‘Tariffs’ like many others, seems to have become something beyond which debate is no longer permissible. But we know from experience, that when any dogma arrives at that status of unchallengeable, the conventional wisdom is nearly always wrong. Usually because no discussion of the subject is permissible in ‘liberal’ company.

Until the early 1980s the ‘Left’ in Britain were not merely in favour of high selective tariffs, but demanded PHYSICAL import controls (but only, of course for unionised and nationalised industries). Anyone who said otherwise was a ‘Thatcherite’ bent on ‘destroying’ British Industry, or, unfashionably ‘Old’ Labour. END_OF_DOCUMENT_TOKEN_TO_BE_REPLACED

What has changed over the past year?
The grip of the Western globalists is slipping.   They do not   realise it yet but their day is  almost done. Their ramshackle ideology,   a toxic blend of open borders politically correct internationalism  and what is crony capitalism but called by  those with a vested interest in it neo-liberal or laissez faire  economics , has wrought as it was certain to do,  rage and increasingly despair amongst  the majority of electors in Western states who are increasingly turning to  politicians that at least have some grasp of what is necessary to preserve  the viability of Western nation states. END_OF_DOCUMENT_TOKEN_TO_BE_REPLACED
Loading Comments...