Hans-Hermann Hoppe (Distinguished Fellow) is Professor Emeritus of Economics at the University of Las Vegas, Nevada, Distinguished Fellow at the Mises Institute in the United States, the founder and president of The Property and Freedom Society, and former editor of the Journal of Libertarian Studies. His PhD and habilitation are from the Goethe-Universität, Frankfurt am Main. After teaching at universities in Germany and Italy, he moved to the United States to work with Austrolibertarian economist, historian, and philosophy Murray N. Rothbard until the latter’s death in 1995. Professor Hoppe’s numerous works, which include Democracy: The God that Failed, Economic Science and the Austrian Method, A Theory of Socialism and Capitalism, The Economics and Ethics of Private Property, The Myth of National Defense, The Great Fiction, and A Short History of Man, spanning history, economics, philosophy, and sociology, have been translated into many languages. He is Distinguished Fellow of the Ludwig von Mises Centre UK. He lives in Turkey with his wife, economist Dr Guelcin Imre-Hoppe, and is a lifetime member of the Royal Horticultural Society. 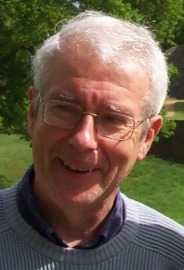 Frank Van Dun (Distinguished Fellow) is a Belgian law philosopher and libertarian natural law theorist. He is associated with the law faculty of the University of Ghent.

Matteo Salonia earned his PhD in History from the University of Liverpool, and he now lectures at King’s College, London. He is the author of Genoa’s Freedom: Entrepreneurship, Republicanism, and the Spanish Atlantic (Lexington Books, 2017).

George Pickering is a student of Economic History at the London School of Economics, and was a 2017 Fellow in Residence at the Ludwig von Mises Institute in Auburn, Alabama.

Swithun Dobson is a writer, occasional podcaster, and the Director of Rougemont Tutoring, a private tutoring company specialising in Economics, Business Studies and Maths based in Exeter, where he lives with his wife and four children. He holds a BSc in Economics from Cardiff University and has a particular interest in the relationship between virtue ethics and political philosophy in addition to creating a viable libertarian strategy. He writes on an eclectic range of topics including economics, political philosophy and cultural criticism. 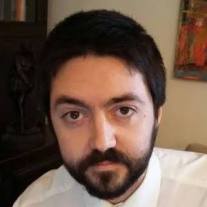 Richard Storey has a Masters in Law from the University of Law in Guildford and is a business and legal English teacher. A natural law libertarian, he has a particular interest in the mediaeval period. His writing spans law, history, and cultural criticism, and he has conducted numerous interviews with prominent academics for his Youtube channel, ‘That Libertarian Chap’. He is currently writing a book, comprising his numerous popular and academic articles. He lives in Portsmouth with his wife and children. 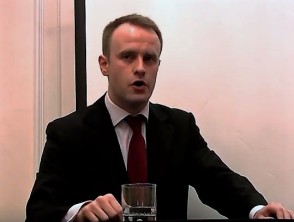 Duncan Whitmore is a writer, researcher, and private investor, having previously worked as a finance professional until 2017. He holds an MA in Law from St John’s College, Oxford, where also held a music scholarship. Within the field of Austro-libertarianism he is particularly interested in the intersection between economics, ethics and epistemology within praxeology, as well as translating libertarian theory into a sustainable, successful political movement.

Gerard Casey is Professor Emeritus in the School of Philosophy at University College Dublin and Associated Scholar at the Ludwig von Mises Institute in Auburn, Alabama. He serves on the editorial boards of Geopolitics, History and International Relations; Contemporary Readings in Law and Social Justice; Journal of Self-Governance and Management Economics, Review of Social and Economic Issues and Libertarian Papers, and is a member of the Royal Institute of Philosophy; the Association for Political Theory; the American Philosophical Association, The Independent Institute and The Aristotelian Society. He has written Murray Rothbard (Major Conservative and Libertarian Thinkers), Libertarian Anarchy: Against the State and Freedom’s Progress: A History of Political Philosophy.

Jason Jewell is the chairman of the Department of Humanities.  He received a Ph.D. in humanities from Florida State University, an M.A. in history from Pepperdine University, and a B.A. in history and music from Harding University.  Jewell coordinates the Western Cultural Heritage course sequence.  He also teaches European history courses in the Department of Social and Behavioral Sciences and Great Books courses in the Great Books Honors College.  Jewell is co-director of the Faulkner Patristics Project with Dr. Floyd Parker of the V.P. Black School of Bible and Religion.  He is associate editor of the Journal of Faith and the Academy. He is also an associated scholar at the Ludwig von Mises Institute in Auburn, Alabama.  His research interests include religion and politics in early modern Britain, the Christian philosophy of history, and the intersection of Christianity and culture.  He is a contributor to Christian Faith and Social Justice: Five Views (Bloomsbury, 2014) and The Inklings and King Arthur (2015). 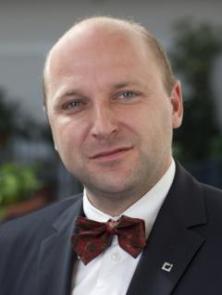 Josef Šíma is president of the CEVRO Institute (school of legal and social studies), a free-market college located in Prague, the Czech Republic.

David Myddelton is a chartered accountant with an MBA from the Harvard Business School.  Since 1972 he has been Professor of Finance and Accounting at Cranfield University (‘emeritus’ since retiring in 2005). From 2001 to 2015 he was Chairman of the Trustees of the Institute of Economic Affairs, a free market think tank; and he is chairman of the National Council of the Society for Individual Freedom. He has written many text-books; and other books on tax, privatisation, inflation accounting, accounting standards and government project disasters.  He is currently writing a book on laissez-faire.

Helio Beltrão is the founder and president of Instituto Mises Brasil.